Bob Stanaland Shower Pans, Inc. guarantees its shower pans for 10 years against any water leakage; provided that a water test on the membrane is conducted after installation to validate the guarantee.

Our number of years in business is a testament to “A Reputation built on Quality and Service.” 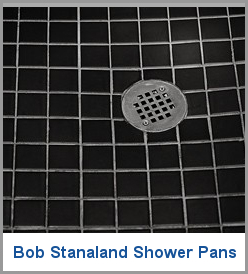